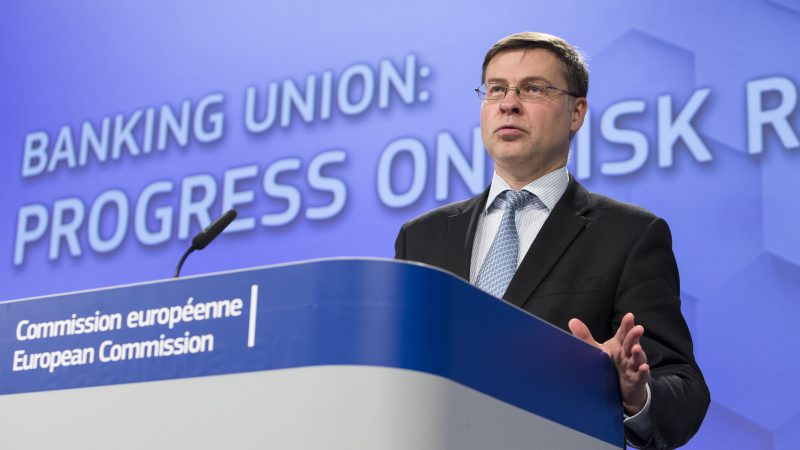 The European Commission proposed on Wednesday watered-down measures to help guard European Union banks against future crises, after two years of fruitless talks among the 28 EU states on more ambitious plans. The new proposals were designed to win over Germany, the EU’s largest economy and the staunchest opponent of sharing banking risks among EU states, but the German banking lobby quickly dismissed them.

The proposals could also slow the European Central Bank’s plans to reduce the exposure of banks to bad loans. Shares of Italian banks rose, since they would face big losses if the EU mandated they quickly unload bad debts [nL8N1MM4Q8].

The Commission proposal would reduce the sharing of banking risks and set strict conditions that states must meet before their banks gain access to safety nets funded at the EU level. Those changes were intended to placate Germany, whose departing finance minister, Wolfgang Schaeuble, repeatedly argued that sharing risks meant richer German banks would prop up weaker banks in other EU countries. His successor may be equally dubious.  Full Story

Sounds familiar; it’s an early signal informing us that something similar is set to take place in the US but on a much larger scale. To get the masses to embrace this Bull Market, the era of easy money has to be brought back.  So a variation of liar loans is set to debut in the future.

When big banks kick off the third-quarter earnings season next week, a familiar theme is likely to dominate: it’s hard to make money in a lower-for-longer world.  Analysts expect banks to report tepid growth in nearly all their business lines, from mortgage originations to investment banking to lending, and most of the good news story is likely to come from a practice that’s often considered a sign that companies are out of ideas: issuing debt to buy back stock.

“Results are likely to be tepid due to very weak loan growth, modest increase in net interest margins, and weak capital markets related trends,” somewhat offset by lower expenses and better-performing loans, wrote J.P. Morgan analyst Vivek Juneja in a note Friday. “On average, most of the (quarter-over-quarter) EPS growth in 3Q is likely to be led by share buybacks at our banks,” Juneja added. Full Story

Very few will spot the main point in this story; banks are admitting that this recovery is bogus and that the only way to maintain the illusion of all is well is to take on more debt to buy their shares and in doing magically boost EPS.  Share buybacks are set to soar again, and we suspect that before this bull keels over, that the total amount of funds put aside for Dividends and share buybacks will soar to $2 trillion over a 12 month period. 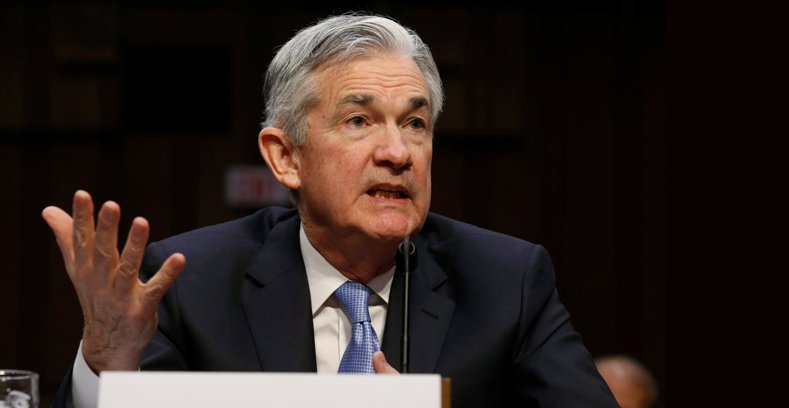 Randy Quarles, a Bush-era regulator whom Democrats criticized for not doing enough to prevent the 2008 financial crisis, has been confirmed by the U.S. Senate to lead the Federal Reserve’s oversight of Wall Street.

The 60-year-old won approval to join the central bank’s board of governors in a 65-32 vote on Thursday, Oct. 5, as well as approval to serve as vice chairman of banking supervision. The decisions followed a split recommendation from the chamber’s banking committee in early September and came just in time to prevent the panel from shrinking to less than half its full complement of seven members when Vice Chairman Stanley Fischer leaves mid-month.

All of the governors are members of the bank’s 12-person Federal Open Market Committee that sets monetary policy, so the excess vacancies would have shifted the balance of power even further toward the five regional Fed presidents who serve on the panel, as well as heightened uncertainty about the pace of interest-rate adjustments.

Even so, Quarles’ portfolio as head of the Fed’s regulatory programs, handled on a de facto basis by Governor Daniel Tarullo before his departure earlier this year, is vastly different from that of the 73-year-old Fischer, a monetary policy expert. Among his responsibilities will be overseeing annual stress tests designed to ensure that the largest U.S. banks have sufficient capital to withstand an economic crisis. Full Story

The dominoes are all falling place; the argument we put forward almost one year ago that Dodd-Frank would either be gutted out or eliminated is gaining traction.  If Trump replaces Yellen with a dovish leaning person, then its game over for Dodd-Frank and the market will have the fuel necessary to soar to stupendous levels.