For a long time, we have been stating sharp pull-backs should be viewed through a bullish lens. In this article published in Nov 2017, we stated the following;

View strong corrections through a bullish lens. This game plan will remain valid until the masses turn bullish or the trend turns negative.  The stronger the deviation, the better the opportunity. Tactical Investor

In the above article, we also noted that the trend had to remain positive and sentiment should not turn bullish. Things worked out well up until Jan of 2018.   In January bullish sentiment suddenly soared to a six-year new high and at that point, we knew all was not well.  For until that moment the market was soaring to new highs on negative sentiment, illustrating the principle of “a market climbs a wall of worry” to its fullest, but that all changed in January.

Fear is a great long-term bullish force for the markets

Interestingly, the Dow missed the low-end targets we issued in Nov by 1400 points, so does that mean the upward journey is over.  Before we answer that, understand that nothing trends up in a straight line; a healthy market always lets out doses of steam on its upward journey; sometimes the pullbacks are minor, and sometimes they are very strong. At the time we noted that the markets were extremely overbought and even went on to issue possible downside targets if the markets decided to let out some steam.

While the Dow is trading in the extremely overbought ranges, any pullback will most likely end in the 21,000-21,500 ranges.  For the correction to pick up steam, it would need to close below this level on a weekly basis.  As the trend is still positive, the odds of the Dow crashing are very low. At the most, the Dow would test its breakout point which falls in the 18,900-19,200 ranges unless the trend were to turn negative suddenly or the masses suddenly embraced the market with gusto.  At this point, the trend is strong and showing no signs of weakening.  Remember that the markets can remain irrational for much longer than most traders can remain solvent by betting against it. Tactical Investor

The Stock Market had to let out steam but

So back to the question we asked before.  Does this mean the end is near?  That’s the billion dollar question and articles such as these whose sole function seems to be sensationalistic rather than realistic don’t help improve the outlook for the average Joe. Both articles were published on CNBC.

‘Epic’ market bubble is ready to burst, and stocks could plunge, strategist warns

A stock market crash is not likely at this moment, because the market has pulled back sharply several times since January and the masses are nowhere as bullish as they were in Jan of 2018.  Given the massive run, this bull has experienced the current action though painful from an emotional perspective is well within the norm. No market can trend in a straight upward line forever; the equation must balance.  We expect volatility to remain an issue until bearish sentiment surges past the 50% mark; a move to the 60% ranges would be ideal

The crowd is becoming anxious as evidenced by the data below: 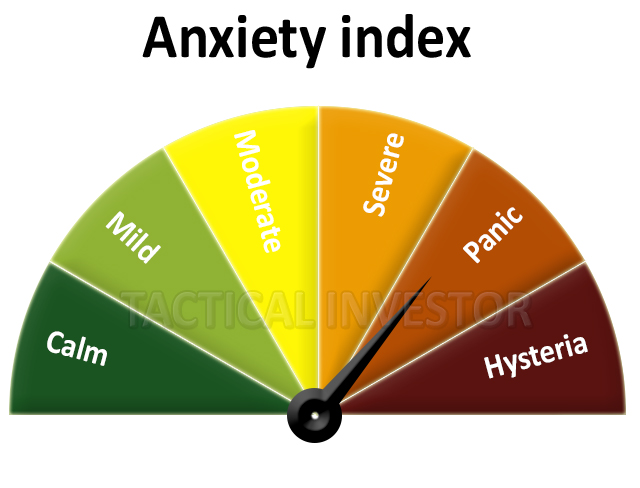 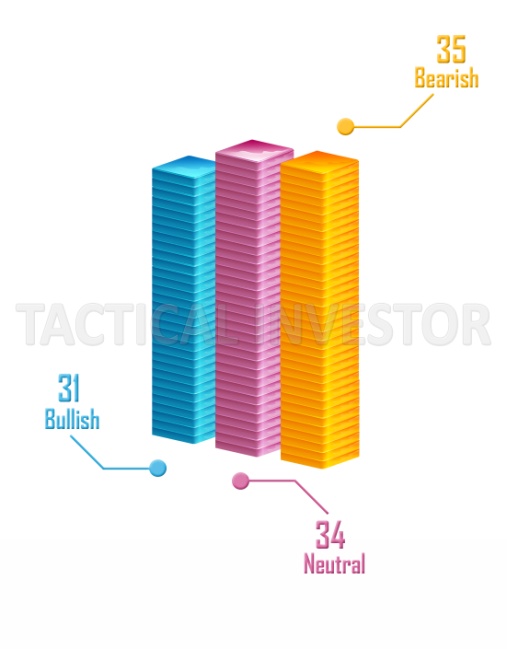 While the bearish sentiment still has some way to go to before it hits the 50% mark; bullish sentiment has pulled back strongly, and the number of neutrals has surged. Neutrals are bears with no teeth and bulls with no ba**s. Contrast the above reading to those of January 2018. 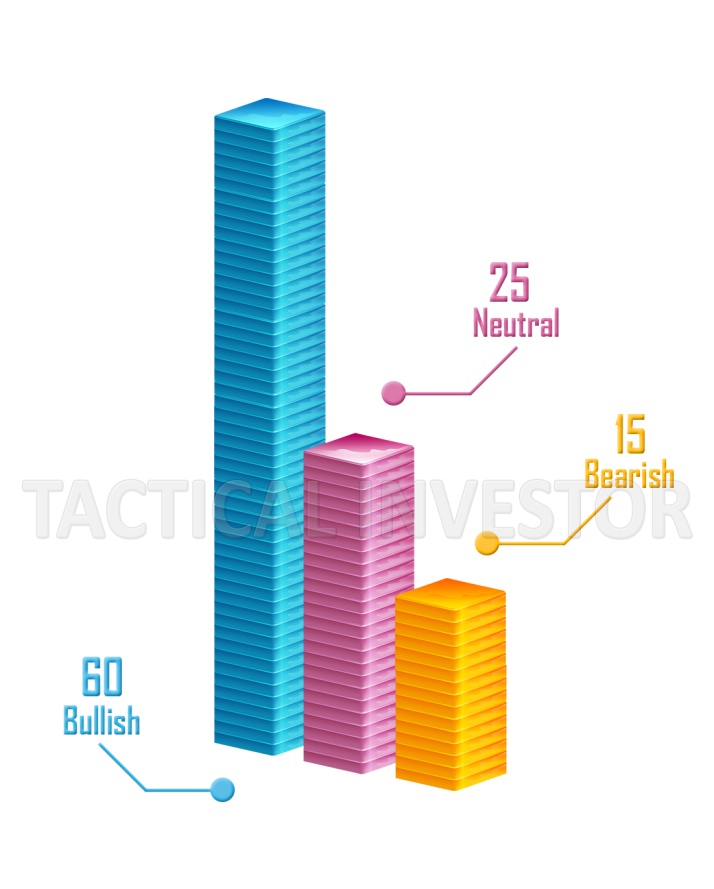 Bearish sentiment was at a multiyear low back in Jan of this year; in fact, based on those sentiment readings the current pullback is minor. It is easy to get drawn into the “hysteria” and forget just how far this market has risen; the market is taking a well-deserved breather.

As this pullback was long in the making, the action is going to remain volatile until the bearish sentiment soars well past the 50% mark. From a psychological point, the only way to completely destroy this surge in bullish sentiment and to ensure it rises slowly would be to decimate the morale of the masses, and that’s what’s taking place now.

While a crash spooks the masses for a while, nothing destroys investor morale more than uncertainty. When a market looks like its crashing; they are sure that the sell-off will continue.  Regardless of whether they are right or wrong, the perception of being right is there, and that’s very important.  The masses want to know what to expect and when they don’t, uncertainty sets in. Uncertainty is fantastic when it comes to the markets for the masses keep jumping from one camp to another; each jump demoralises them more and more.  This demoralising effect is very powerful for it provides the investor that has no emotional stake with an unbelievable long-term opportunity. The other way to demoralise the crowd (and this does not occur often) is for the markets to pullback extremely strongly; for example, losses of 30% or more over a very short period.  Market Update April 17, 2018 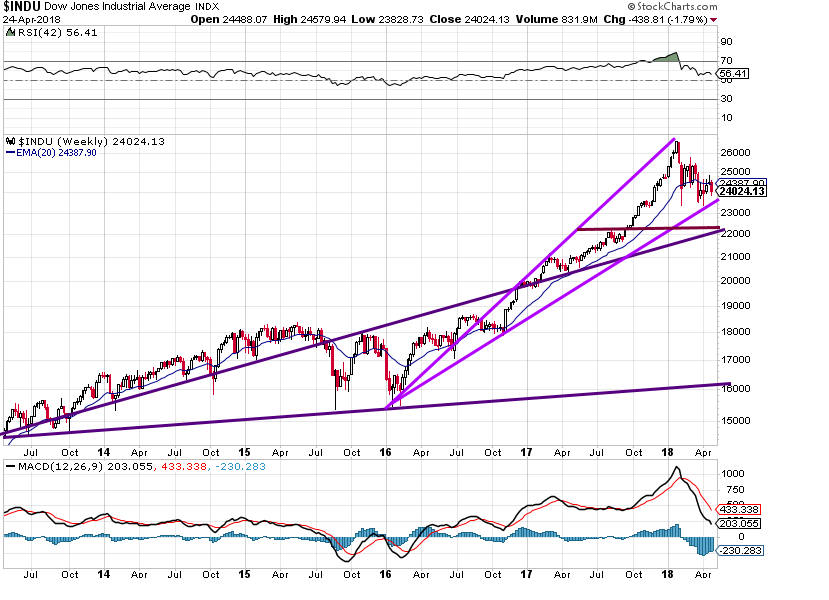 The Dow is likely to trade over a wide range, and the moves are expected to be very volatile; be ready to deal with intraday moves of as much as 1200 points in a day. The markets need to move to the extremely oversold ranges, and if you look at the MACD’s on the above chart, you can see that they still have room to trade before getting into that zone.  The rapid up-down action is the best way outcome because it achieves two objectives; it demoralises the masses and helps push the markets into an oversold state.  Until the trend turns negative, strong pullbacks should be viewed through a bullish lens.  We would build a list of stocks we would love to own and use pullbacks to build positions in them. Stocks like TCEHY, NLFX, ROST, HA, CHKP, etc look interesting.