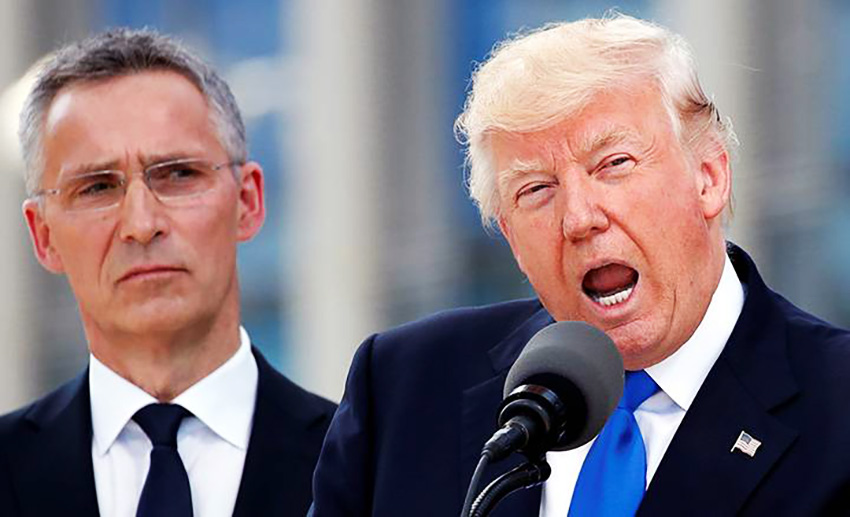 Donald Trump singled out Germany in renewing his criticism of Nato members he accuses of not contributing enough, saying laggards would be “dealt with”.

Germany “has not contributed what it should be contributing and it’s a very big beneficiary”, said the president, who has long had a frosty relationship with the German chancellor, Angela Merkel.

The president’s worldview is rooted in a belief the US has consistently been taken advantage of by international pacts and organisations – a scepticism that fuels his unilaterally focused “America First” stance.During the presidential campaign, he suggested America might only defend Nato allies if they had “fulfilled their obligations to us”.

Despite Mr Trump’s wariness, Mr Stoltenberg praised the president for impelling other nations to augment defence spending, saying “it is impacting allies because now all allies are increasing defence spending”.

The president echoed that comment by saying his relationship with Nato was “really good”. Full Story

The America first battle gains traction, but the underlying theme is to polarise and conquer.   Division is achieved via polarisation and today’s masses are one of the most gullible in history.   The top players are having a field day as it so very easy to manipulate the crowd today.